Love With A Capital L

I saw Star Wars and I liked it. Of course I liked it. I am the target market. If a marketer’s intended demographic had a face, it would be my face.

From around 5 to 12 or 13, nothing mattered more than Luke Skywalker, Jedi knights, empires and rebellions. 24 year-old me cried at the opening crawl of episode 1…on a date. As I write this now, it’s less embarrassing than it was then – the happy ending is that the date was with the Angel, and she still married me.

The 2 externals in my life that mattered the most were Star Wars and, later, Morrissey.

Did I love Morrissey because I was super-sensitive and leaned towards loneliness and melancholy? Or did those songs push me in that direction?

I suppose it doesn’t matter now. No matter how I got there, I did and now I’m the sort that cries at movies and paintings and, well, everything. It’s probably a combination. If I was the captain of the football team, maybe Morrissey would’ve sounded sad and whiny and I would’ve tended more to Led Zeppelin IV or Nickelback. If I was a 5 year old girl, maybe I wouldn’t have wanted to fight and liberate the princess and the galaxy (in that order) with a laser sword and space ship so badly.

Sometimes it feels like the road has been mapped out perfectly all along, that we found the people and things that made sense and gave us some context for our lives at EXACTLY the right time. So perfectly, in fact, that it can make us question if we have any free will at all or if we’re just puppets in a theater having our strings pulled by giant fingers in the sky. Then other times, it all seems so random and confusing, with no narrative or plot, like we’re bumper cars driven by toddlers.

My favorite book of the Bible is Ecclesiastes (and this is likely no surprise, I imagine it leaks into everything I write and say.) It holds all of this confusion, the duality of an authentic life lived with eyes half closed (or half open;), with both hands. The Writer asks questions without expecting answers, is comfortable being lost without needing a detailed map home. A life that holds everything “temporary” (a better translation than “meaningless” – it’s not meaningless, not at all, only temporary) lightly, wanting to understand but willing to abide in the uncertainty, content to eat and drink with the people we love.

Star Wars wasn’t perfect, but in a world that has much much much more than enough pain and suffering to go around, it was beautiful. Morrissey is, too. I don’t care how they got to me, I’m just so thankful they did. 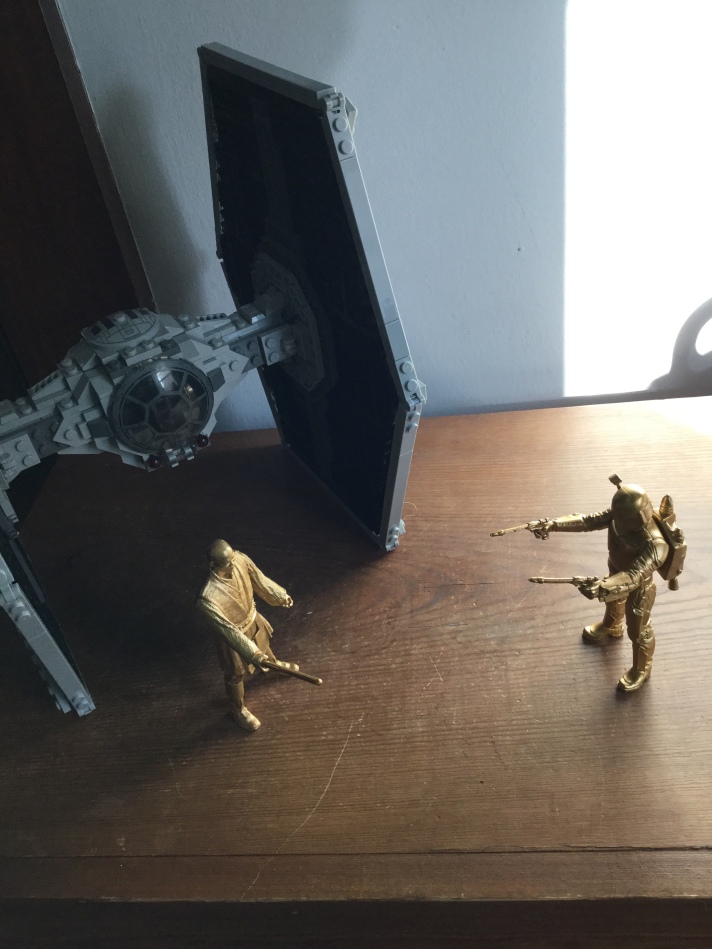